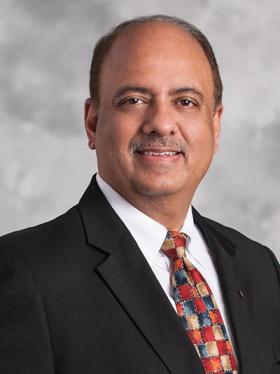 Mehta, an accountant, is chair of the Skyline Group, a real estate development company he founded. He is also a director of Operation Eyesight Universal (India), a Canada-based organization.

Mehta has been actively involved in disaster response and is a trustee of ShelterBox, UK. After the 2004 Indian Ocean tsunami, he helped build nearly 500 homes for families affected by the disaster.

He pioneered a program that has performed more than 1,500 life-changing heart surgeries in South Asia. He is also the architect of the TEACH Program, which promotes literacy throughout India and has reached thousands of schools.

A Rotary member since 1984, Mehta has served Rotary as director, member or chair of several committees, zone coordinator, training leader, member of The Rotary Foundation Cadre of Technical Advisers, and district governor. He is also the chair of Rotary Foundation (India).

Mehta has received Rotary’s Service Above Self Award and The Rotary Foundation’s Citation for Meritorious Service and Distinguished Service Awards.

He and his wife, Rashi, are Major Donors and members of the Bequest Society.