1. LETTER FROM THE PRESIDENT

LETTER FROM THE PRESIDENT 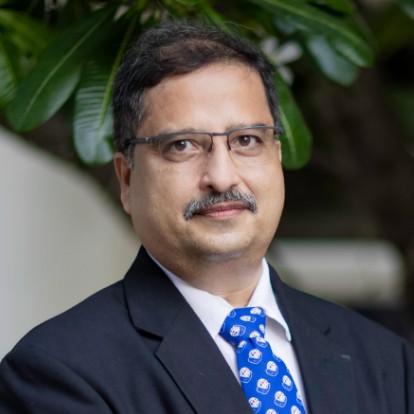 Greetings and best wishes to all RCME family members,

In what has been an action filled fortnight, there have been more events and activities than fingers can count. “The future is the youth”, was truer than ever at RCME, with the installation of three Interact Clubs and one Rotaract Club. It fills me with even greater joy to announce the sponsoring of an Interact Club, Shraddha Children’s Academy. In the avenue of vocational services, activities have commenced with great fervour, industry visits were a great success and the signing of the MoU with Sirina Healthcare is sure to facilitate the absorption of students from the Bheemannapet Community College. On the health front, we are deeply obliged to have received a generous grant from Prof. Vinayak (Vinnie) N Bapat, duly facilitated by Dr Sai Satish from Apollo Hospitals, towards RCME’s Healing Tiny Hearts project. While we were feasting on the events of the fortnight, Annapathiram has managed to provide 5200 meals in the month of July!

The inauguration of two Global Grant projects close to our heart, project Shakthi and project Suyam by the RI President, Rtn. Jennifer Jones, was the icing on the cake. The ceremony in itself was as grand as the projects and the RI President is a remarkable Rotarian, in whose leadership we are sure to reach the stars. The Rotary International Night with RI President Jennifer Jones was equally invigorating and saw in attendance 10 members from our club. Speaking of starry evenings, we were humbled to have Dr Nithyasree Mahadevan address us on the 20th of this month and elucidate her magnificent career through the decades. The fortnight was all in all a pertinent indicator of how blessedly busy this year is about to be.

I thank my board members, fellow Rotarians, Anns and Annettes for participating and supporting in admirable numbers. Needless to state, I look forward to greater support and participation as we slide through this year. While undertaking the editing of the newsletter I always wondered whether I would have enough content, given that the newsletter was to be released fortnightly. Having edited this issue, I can say with great conviction that there is no dearth of content, activity or contribution at RCME!
The last two weeks have been bustling with activity. Apart from the star-studded guest speaker, the President has, with great fervour, commenced projects with his stellar team. To navigate through the myriad of events and activities, you can use the hyperlinks on the contents page of this newsletter.

On the newsletter front, while our previous newsletter was a PDF format, for ease of better reading we have adopted a different format which links directly to the RCME website.

Hope you enjoy reading the 3rd issue of the NL.

With love and commitment,

IS THAT A NIGHTINGALE OR IS THAT NITHYASREE?

Is that a nightingale or is that Nithyasree?

The aura of a day in December kutcheri season filled the air on the 20th of July as everybody waited with bated breath for Isai perarasi Dr Nithyasree’s speech.
The evening commenced with a heartening rendition of the invocation song by Rtn.Sudha Sudeep’s spouse, Sudeep, followed by the President’s announcement of the club’s enviable activities. As the day chair, Rtn. Ramki aptly took us through the history of classical music and miraculously managed to fit in his introduction, a large part of Dr Nithyasree’s experience and background in classical music.

Then came the most awaited part of the day, as Dr Nithyasree commenced the speech fittingly giving thanks to her immortal grandmother Smt. DK Pattammal who has been her constant inspiration in the musical journey of her life. She fondly recalled her grandmother’s proverb, “கற்றது கை மண் அளவு, கல்லாதது உலகளவு” (Roughly translating to: what one knows is only a handful and the unknown is the size of the Universe).

While we did expect to be bowled over by her rich experience and knowledge in the world of music, we were even further impressed by her humility. No climb up the hill is easy and Dr Nithyasree specifically recalls being criticized for “not signing like her grandmother”. She was a fortunate stalwart for she had another stalwart’s support. Her bold and beautiful grandmother was quick to console her, saying “I’m there to sing like me, you sing like yourself”.

Dr Nithyasree clinches this as one of the crucial sources of motivation during the rough terrains of her career. Fondly recalling attending kutcheris with her grandmother and practicing daily with her, Dr Nithyasree gracefully signed off her peroration.

The vote of thanks was given by VA Ramash and the audience quickly gathered at the Adai and Aviyal counter, bringing the day’s inspiring meet to a tasteful end. The First Fireside meet for the year was hosted by the lovely and ever friendly Rtn. Sudha and her spouse Sudeep. The privileged attendees were Rtn Balaraman &Vineetha, Rtn.Bharath Doshi & Zeenat, Rtn. Sadha & Raji, Rtn.Venu and Rtn.Ramamoorthy.

With 10 sparkly Rotarians in attendance from RCME, the dinner night was a lavish and lifting event, at ITC Grand Chola with RI President, Jennifer E Jones in attendance. She aptly remarked on the “no geographical/cultural boundaries” where rotary is involved, noting that service has no geographical restrictions. The night was in equal parts illuminating as it was iridescent.

In a grand fashion, with Rtn. Sudhir as the chairperson, Annapathiram has facilitated the provision of a magnificent number, (3400 meals in July until date and 5200 by 31st of July) to the following orphanages and old age homes.

Celebrity Fashion’s welfare officer Ms. Sheeba, HR Managers Ms. Patricia and Mr. Sundara Pandiyan addressed the students and interacted with them during the visit. The industry visit was a roaring success as students were able to get a taste of the factory operations and absorb the extent of opportunities available to them. 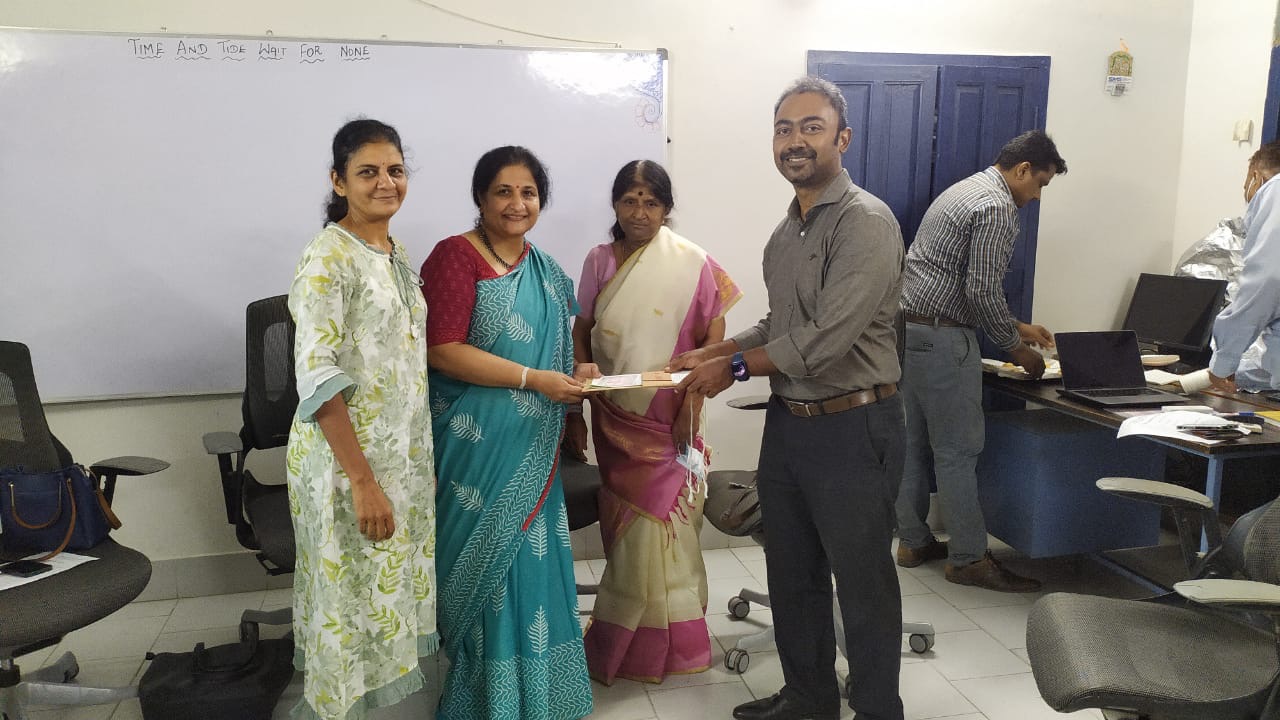 RCME signed an MoU with Sirina Healthcare facilitating students graduating from Bheemannapet Community College to take up internships and full-time opportunities there. Sirina Healthcare is an organization founded and managed by none other than our very own Ann. Nalini Aravindan, spouse of Rtn. Aravindan Selvaraj.

We are thankful to Rtn. Ravi Shankar for donating 25 ergonomically designed computer chairs to Bheemannapet Community College. They are sure to provide a comfortable and professional learning environment for the Tally and Paramedical students in the community college.

Current Scenario on Congenital Heart Disease
8 in 1000 children born in India have congenital heart defect. Only 4 out of this 8 are diagnosed and receive treatment. More than 2,50,000 cases per year are prevalent in India and 50% of them die without intervention/ diagnosis. This is more common in the low-income population as congenital heart defects are directly linked to maternal health and nutrition. There is also a greater prevalence in girl children than in boys.

Our Partner Hospital is Apollo Children’s Hospital, Chennai, India. Being a stalwart in the healthcare industry, they have state of art infrastructure. They have one of the country’s best pediatric cardiac surgery and intervention teams. They have performed more than 5,000 pediatric open-heart surgeries and 10,000 pediatric catheterization laboratory interventions since inception in 2009.

Our Plan on Healing Tiny Hearts

Most of the beneficiary children are eligible for the Tamilnadu State Chief Minister’s Health insurance scheme. The partner hospital also gives a concessional rate for the surgery, without any compromise on the quality of care or devices. RCME helps bridge the gap in costs with a contribution of INR 20,000 (USD 250) for interventions and upto INR 35,000 (USD 450) for surgeries. Below is an example of how this works:

We have completed 300+ surgeries as on date under this project. And thanks to generous hearts, we have another 200 interventions / surgeries planned in a phased manner. Further identification of children needing intervention is a continuous process through medical camps and referrals.

The total amount collected for this project since inception in July 2021 to date is in excess of USD 150,000. Healing Tiny Hearts just received a big boost with a generous donation of US$ 5000 (INR 4 Lakhs) from Prof. Vinayak (Vinnie) N Bapat, Chief of Cardiothoracic Surgery at the Abbott Northwestern Hospital and Minneapolis Heart Institution. Prof Bapat had his medical education in Mumbai and completed Cardiothoracic training in UK and obtained FRCS.CTH in 2005. He was the surgical lead for the Transcatheter Aortic Valve Implantation (TAVI) program at St. Thomas’ Hospital, which is the largest TAVI program in UK, has pioneered new methods of performing TAVI, led the original research and guidance on valve-in-valve indication and has developed smartphone Apps, which are used all over the world as a reference tool for valve-in-valve. He has a large research and innovation program to help advance the field and has over 150 publications to his credit. He is an invited faculty for all major cardiology and cardiac surgical meeting.

Prof Bapat’s parents, Dr Nilkanth Bapat and Dr Sarla Bapat, were both members of Panvel Rotary Club. No wonder, he had zero hesitation in supporting RCME’s project.
RCME is also thankful to Dr Sai Satish, Senior Interventional Cardiologist, Apollo Hospitals, Chennai for enabling this contribution and for continued interest in this project.

This particular installation was special owing to the fact that RCME sponsored a new interact club! RCME is proud to announce the inclusion of Shraddha Children’s Academy Interact Club under its umbrella.

President Rtn. Ramakumar inaugurated the event as Chief Guest and the Principal, Ms.Gayatri Iyer was the guest of honour.

The installation of the Little Flower School interact club was a soul satisfying installation I should say. The Cheer, joy and the noise made all of us present feel fabulously young! President Rtn. Ramakumar inaugurated the event with equal enthusiasm. RCME donated Rs.25000/- through the Vidyadhaan project to 10 Children of the Little Flower School by providing books to them.

Magudam , the 10th Installation event of the Rotaract Club of Stella Maris was so professionally organised per usual and was well attended. The process of the installation having been streamlined over the years by RCME in conjunction with Stella Maris, the installation was smooth and adroitly planned.

RCME welcomes the new enthusiastic Rotaract team, who we are sure will deliver their best for the upcoming projects. 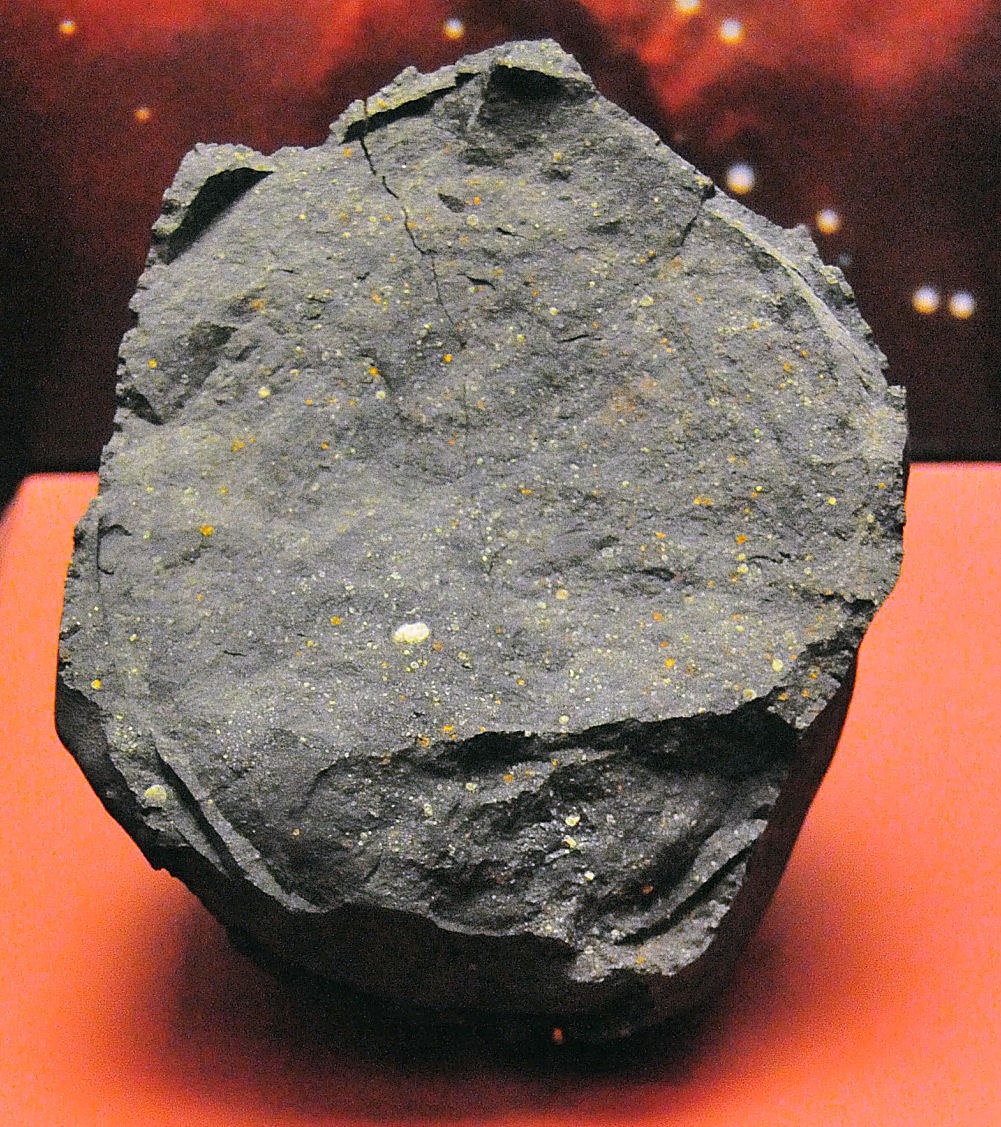 The earth is considered to be 4.5 billion years old, give or take a few thousands. But life already seems to have evolved 3.85 billion years ago. Keep in mind, that the earth’s surface solidified just 3.9 billion years ago. We have done remarkably well with life formation, considering how imponderable it was for it. The synthesizing of complex proteins not only needed to assemble the amino acids in the right sequence, but also engage in a kind of chemical origami to fold them in to specific shapes.

So Lord Kelvin may be allowed the fantasy that life emerged with some help from ‘outside’. It is more than a fringe notion as the events of 1969 over Murchison in Australia seemed to prove. A meteorite hit in a thunderous fireball explosion and when samples were tested it had complex strings of sugars called polyols not found on Earth at all!

So the next time someone behaves strangely and you want to deride him as having come from outer-space, even if he wasn’t in totality a stranger, he might have been helped in the endeavor by less endowed forces living out there!

The most awaited two Global Grant projects for RY 22-23, Project SHAKTHI in the avenue of Community Health Services and Project SUYAM in the avenue of Community Development were launched by Rotary International President Rtn.Jennifer Jones on the eve of July 25th at ITC Grand Chola, Guindy. The commemoration event was organised by District 3232 along with Rotary Club of Madras East, to welcome RI president as well to showcase major projects of multiple clubs of District 3232.